Do Artificial Sweeteners Increase Your Blood Sugar and Insulin Levels? 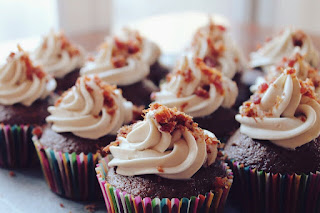 Sugar is an ever-present topic in nutrition.

The September 17, 2014 issue of the journal Nature focused on three common sweeteners— sucralose (found in Splenda), saccharin (found in Sweet’N Low), and aspartame (found in NutraSweet and Equal). These artificial sweeteners can raise your glucose levels by possibly changing the composition of your intestinal bacteria.

What are Artificial Sweeteners?

They are synthetic chemicals that make foods and drinks taste sweet with no extra calories. They’re often referred to as low-calorie or non-nutritive sweeteners.

Some of the most common artificial sweeteners include:

The research scientists have conducted on mice and humans suggests that artificial sweeteners can raise your blood sugar levels more than sugar-sweetened sodas and desserts.

According to the research, the artificial sweeteners listed above could raise blood sugar levels by radically changing the makeup of your gut microorganisms. It’s mainly gastrointestinal bacteria that help with nutrition and the immune system.

The hormone, insulin acts as a key since it allows blood sugar to leave from the blood to our cells to be converted to energy or stored as fat.

However, small amounts of insulin also get released before any sugar enters your bloodstream. This response is called cephalic phase insulin release. What triggers the release is the smell, sight, and taste of food together with chewing and swallowing.

Here are some theories on the way artificial sweeteners can interfere with this process.

1.  Due to the sweet taste of artificial sweeteners, the release of the cephalic phase insulin is triggered, causing a small increase in insulin levels.

2. Consuming artificial sweeteners regularly changes the balance of gut bacteria. Such a change can render our cells resistant to the insulin our body system produces, resulting in a rise in both our blood sugar and insulin levels.

Should you reject foods with Artificial Sweeteners?

Some studies have shown that substituting sugar-sweetened food and beverages with foods with artificial sweeteners may not offer as many health benefits as previously thought. This may be particularly in cases that involve people who consume artificial sweeteners in large amounts. But additional research is needed.

Besides, be cautious with sugary alcohols as well. That includes sorbitol, mannitol and xylitol. Note that sugar alcohols can raise your blood sugar level and even cause diarrhea in some people.

If you’re concerned and want to really avoid them, then go for other natural sweeteners instead of just removing artificial sweeteners altogether.